A Brisbane CEO has filed a General Protections Dismissal claim after his employer sacked him for taking sick leave.

However, the company argues the dismissal happened as a result of contract breaches involving bonus payments.

The company is now in voluntary administration with debts of $14 million.

According to documents filed in the Federal Circuit Court, Scott says he informed the company of his intention to take sick leave.

He allegedly spoke to Evolution’s human resources manager on 21 June 2019 about the temporary absence due to his illness.

The company subsequently gave him a termination letter.

Evolution accused Scott of breaching his employment contract in relation to bonus payments.

However, Scott maintains the terms of his contract entitled him to the payments. 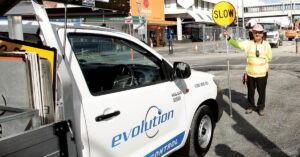 Evolution Group is in voluntary administration with debts of $14 million.

Taking a temporary absence from work due to illness is a protected right under workplace laws.

Therefore, it is unlawful for an employer to sack an employee for taking sick leave.

Workers sacked while on sick leave are eligible to make a General Protections Dismissal (GPD) claim.

General Protections claims are first conciliated in the Fair Work Commission. However, if the matter fails to settle, it is then referred to the Federal Circuit Court for determination.

Evolution Group argues Scott’s claim is without foundation and says it will be vigorously defended.

Higher compensation in addition to penalties

“In many cases, GPD claims attract higher compensation for people who have had their workplace rights breached,” he said.

“Furthermore, the court has the power to impose hefty penalties on offending employers.”

Mr Heffernan advised those dismissed from employment to seek urgent expert advice before filing a claim.

Additionally, he said workers must act quickly, because of the strict 21-day deadline to file claims.

Bottle shop worker awarded $39,000 after being sacked for being pregnant