Employers sacking workers in the lead up to Christmas happens more often than you think, according to employment law experts.

Sometimes it’s the result of poor management, however, in many cases it’s because bosses want to be deliberately cruel and nasty.

“It’s a low-dog act to sack someone in the weeks before Christmas, but we see it all too often,” industrial advocate Miles Heffernan said.

“It is hard to believe people can be that mean and horrible, but they are.” 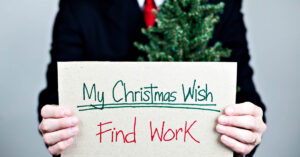 Many employers sack workers in the lead up to Christmas.

One such mean and horrible boss is online mortgage lender Better.com CEO Vishal Garg (pictured above).

This week he sacked 900 workers (15 percent of his workforce) during a three-minute Zoom call.

Looking visibly uncomfortable, Garg warned staff that he didn’t have good news for them.

“If you’re on this call, you are part of the unlucky group that is being laid off.

“The market has changed, as you know, and we have to move with it in order to survive so that hopefully, we can continue to thrive and deliver on our mission.

“This isn’t news that you’re going to want to hear. But ultimately it was my decision.

“And I wanted you to hear from me. It’s been a really, really challenging decision to make.”

Many workers expressed outrage, including one who can be heard saying, “F**k you dude. Are you f**king kidding me?”

During the call, Garg expressed how hard the mass sackings were on him, even saying he would try not to cry.

Garg didn’t have the courage to say everything he wanted to say on the Zoom call, however.

Shortly after it ended and following someone publishing it online, he unleashed. Garg accused hundreds of staff of “stealing” through a lack of productivity.

“You guys know that at least 250 of the people terminated were working an average of two hours a day while clocking eight hours+ a day in the payroll system?” he messaged staff.

The company is valued at almost $10 billion and recently received a $993 cash injection.

“Worker unfairly sacked for stealing can of coke wins $30,000”

Garg has a reputation as a horrible boss who punishes employees over tiny infractions.

He previously criticised office managers for failing to keep the mini-fridge stocked with Fiji and Perrier water.

“Why do we have biscotti here like this??” he once demanded from office managers.

In another email, Garg wrote: 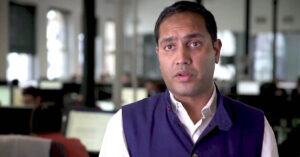 Vishal Garg unleashed on his workers soon after sacking 900 of them.

Mr Heffernan from Dismissals ‘R’ Us said dozens of dismissed workers contact his firm for help at this time of year.

“This is our busiest period of the year, because so many bosses fire staff in the lead up to Christmas,” he said.

“Sometimes it’s because they don’t know how to manage holidays and pay and get overwhelmed.

“However, most of the time, it’s the result of a boss who wants to be deliberately cruel.”

Mr Heffernan confirmed his firm has already filed a number of unfair dismissal claims in the Fair Work Commission on behalf of clients.

However, he warned there is a strict 21-day deadline from the date of dismissal to file an unfair dismissal claim.

“If you believe you have been unfairly dismissed, don’t delay, otherwise you will lose your chance for reinstatement or monetary compensation forever,” he said.

Worker sacked for refusing to use fingerprint scanner