A Brisbane City Council worker has won his job back despite failing a blood alcohol test at work.

For 25 years, Aaron Thomson worked as part of the road marking and asphalt team, painting lines and sign markings on roads.

The role, which also involved some traffic management, requires employees to have a zero alcohol limit.

On 16 December 2020, the BCC subjected Thomson to a random blood alcohol test at 7am before the start of his shift.

Thomson admitted drinking nine cans of beer the night before while watching the cricket. However, he believed he would not be over the zero limit the next day.

Following a show cause process, the BCC terminated his employment in April the following year.

He said the council failed to take into account Thomson’s long unblemished work record in addition to his unconditional, insightful apology.

Thomson wrote to his employer:

“I understand that by coming to work with a blood alcohol reading of any type jeopardises the safety of my workmates and the general public.’’

However, the BCC argued that as a long-standing employee, Thomson should have known better. 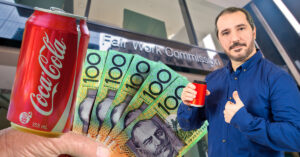 “Worker unfairly sacked for stealing can of Coke awarded $30,000”

Commissioner Dwyer found Thomson’s actions in attending work were not wilful or deliberate, despite being conscious that he drank excessively the evening before.

“I consider that Mr Thomson ought to have been conscious that there was at least some risk that he was more than 0.00 per cent when he presented for work,’’ Mr Dwyer said.

“However, I equally consider that … he thought he would be clear and that probably influenced his evaluation of the risk.’’

Commissioner Dwyer said Thomson should have exercised better judgment and insight and it was a serious error of judgment.

However, the Commissioner also found the BCC failed to give proper regard to the compelling nature of Thomson’s sincere, insightful and unconditional apology.

Combined with his unblemished 25-year work history, it was sufficient to mitigate the seriousness of his conduct, Mr Dwyer said.

The Commissioner ordered BCC to reinstate Thomson to his former position and to maintain his continuity of employment. 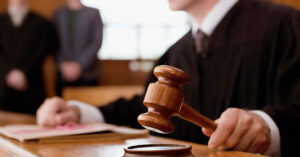 Not an excuse to engage in unsafe conduct

Industrial advocate Miles Heffernan said the QIRC’s decision is not an excuse to do the wrong thing at work.

“Commissioner Dwyer was very clear in his decision – this ruling only applies to the specific circumstances of this case,” he said.

“If your workplace has a zero tolerance alcohol and drugs policy, then you can expect to lose your job if you fail to comply.” 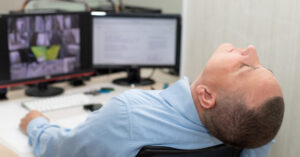 NEXT READ  Unfit for duty