A Sydney ferry master who fell asleep on the job after taking cough medicine has lost his unfair dismissal claim.

The Fair Work Commission found the dismissal was fair because:

“The ferry master failed to remain alert and in control of the vessel at all times”.

Nigel Sclater worked for Sydney Ferries since 1995, before his employment was transferred to Transdev Harbour City Ferries.

He had an unblemished record.

The Commission heard that he was taking four different types of heart medication, but had a medical clearance to work as a ferry master.

However, in March, while suffering from a cold and a persistent cough, he began taking cough mixture.

He said he notified his manager that he was taking the medicine, but did not read the warning on the box which said it may cause drowsiness and:

“If affected do not drive a vehicle or operate machinery.”

He told the Commission that he had been taking the mixture for a week and did not notice any side effects. 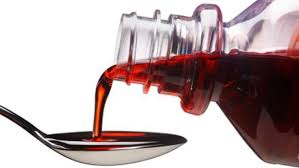 Workers should always read the label and be aware of any side effects of medication they are taking.

Only absolutely unconscious ‘for about five minutes’

On the day he fell asleep, Sclater had driven the ferry from Circular Quay to Pyrmont Bay, arriving at 9am.

He said he began to feel tired and sat down on a bench in the wheelhouse and closed his eyes.

Sclater estimates he was “absolutely unconscious” for about five minutes.

When he woke at 9.34am, his line manager was in the wheelhouse.

Deputy president Geoffrey Bull said as the master, “he must remain alert and in control of the vessel at all times, which he failed to do.”

“On any account, having the master of a ferry asleep (without good reason) while on duty when providing a public transport service in Sydney Harbour cannot be countenanced.”

Worker didn’t have a leg to stand on

Industrial advocate Miles Heffernan from Dismissals ‘R’ Us says Sclater did not have much of a case.

“While I can sympathise with the ferry master and his health issues, when it comes to public transport like buses or ferries or trains, safety must come first,” he said.

“You simply cannot be in charge of a heavy moving vehicle like a ferry, and unexpectedly fall asleep.

“The lesson for all workers is to always check the label on medications you take – because ultimately, you are responsible for the decisions you make while taking that medication.”

Industrial experts are reminding workers they have just 21-days to make unfair dismissal claims. The…