A firefighter is suing her employer for discrimination and wrongful termination after losing her job over “racy” Instagram posts.

Presley Pritchard has accused her bosses of unfairly targeting her because of her gender.

She claims management did not reprimand her male colleagues for posting similar pictures.

She wants compensation for lost wages, time and emotional stress. Furthermore, she claims she needs medical treatment to help her cope. 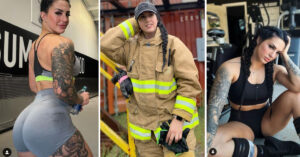 Presley Pritchard claims she was unfairly targeted because of her gender. (Pictures: Instagram)

Pritchard worked as a firefighter and paramedic for Evergreen Fire Rescue in Montana for almost three years.

The trouble started when her department received a complaint from “a concerned taxpayer” about her “racy” Instagram posts.

The resident claimed Pritchard’s pictures were in “very poor taste”, and furthermore, that she posed “practically nude”.

Pritchard has 137,000 followers and posts photos and videos of herself working out in activewear.

In addition, she has posted several snaps showing her in her firefighter uniform.

The department commenced an investigation, initially finding Pritchard did nothing wrong. 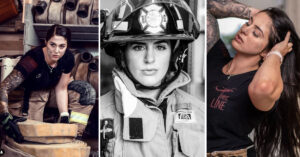 Pritchard has 137,000 followers and posts photos and videos of herself working out in activewear. (Pictures: Instagram)

Meanwhile, the 27 year-old ran into more trouble for making money from advertisers. Her bosses accusing her of making money off the fire department.

However, her sponsors declared she had only received payments for fitness-related posts. Nevertheless, the department demoted her.

Management also accused Pritchard of sharing a photo of herself in a fire truck taken at an accident scene. However, she insisted the picture showed her posing at a training session.

The department ordered her to delete all fire department-related content or lose her job, but she refused and was subsequently stood down. 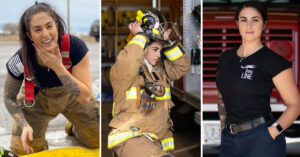 Industrial advocate Miles Heffernan warned Australian workers to be careful what they post on social media.

“Employers and prospective employers check employee’s social media platforms all the time, so always be careful what you post online, because it could cost you your job.” 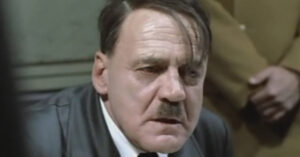 Mr Heffernan said Ms Pritchard can make a sex discrimination claim if she can prove that her male colleagues posted similar content on their Instagram pages without punishment.

“Unlawful discrimination happens when someone is treated unfairly, or less favourably, because of a protected attribute like sex,” he said.

Mr Heffernan said anyone who experiences unlawful discrimination might be entitled to compensation. He advised them to seek expert advice from a discrimination law expert.

An overweight nurse has been awarded three years back-pay and reinstatement after being unfairly dismissed.…