An overweight nurse has been awarded three years back-pay and reinstatement after being unfairly dismissed.

The South Australian Employment Tribunal ruled her dismissal, due to her obesity and associated difficulties in performing work duties, “harsh and unjust”.

It also found the employer had breached its own anti-discrimination policies, in addition to failing to reasonably support the employee.

The employee had worked as a registered nurse for 25 years when the North Adelaide Local Health Network (NALHN) dismissed her in 2018.

The NALHN claimed the nurse couldn’t perform her role safely due to her weight, a knee condition and falling asleep at work. It deemed the nurse’s health conditions “non-work related”.

Prior to the dismissal, the employer placed the nurse on a performance improvement plan. It banned her from sitting while taking patient observations and conducting medical rounds, despite other staff permitted to do so. The plan also forbade her from leaning on her work cart during day-to-day duties.

The tribunal heard the employer had previously issued the nurse with two written warnings, in addition to reporting her to the Australian Health Practitioner Regulation Agency for allegedly falling asleep at work. 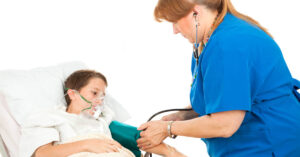 The NALHN directed the nurse to undergo an assessment by an independent occupational physician.

The physician suggested giving the nurse a partially sedentary role in the short-to-medium term. However, the NALHN interim CEO instead told told the nurse she intended to dismiss her declaring her unfit to perform her role.

The nurse subsequently requested other duties until she underwent bariatric surgery to address her weight. Alternately, she suggested taking leave until she could return to the role.

The CEO said no alternative roles existed and dismissed the nurse in November 2018. The CEO never addressed the nurse’s offer to take leave.

He suggested that banning the nurse from sitting or leaning, which provided her with some reprieve, “appears to be designed to make the applicant’s duties more difficult”. He also said the employer should have tried harder to find an alternate sedentary role for the nurse.

Lieschke also found it possible, with appropriate redeployment or leave, that the nurse could have returned to her role.

Furthermore, he rejected the employer’s claim that the nurse’s health issues were not entirely work related. He noted the nurse has a workers compensation claim for a knee condition and psychological injury still under consideration.

Lastly, Lieschke found the employer had ignored its own HR policy, namely that the employer is to provide reasonable allowances for injured employees and that employees can take 12 months’ leave, with or without pay, to address an incapacitating health issue.

Lieschke ordered the NALHN to reinstate the nurse immediately and back-pay her three years lost wages and superannuation.

Employment lawyer Stephen Dryley-Collins said employers who ignore independent medical assessments do so at their own peril.

“In this case, the employer sent the worker to an independent medical professional, and then chose to ignore that professional’s subsequent advice,” he said.

“It suggests an intention to dismiss the worker, regardless of what the advice recommended.”

“Weight discrimination is rife in Australia, but should it be unlawful?”