A police officer sacked for assaulting a man and improperly tasering another has lost his appeal against his dismissal.

The Queensland Civil and Administrative Tribunal said allowing the senior constable to remain as a serving officer will undermine public confidence in the police service.

Furthermore, it said it would not serve as a proper guide to other serving officers.

In 2017, Matthew Shawn Lewis punched a man in the head as he escorted him from the Toowoomba watch house.

The man had just called Lewis a coward.

Lewis then pushed the man out of the watch house and hit him again in the head with a closed fist as the man lay on the ground.

Lewis then threw the man’s property out the door and left him lying on the ground.

As a result of the incident, Lewis pleaded guilty to common assault and placed on a $1,500 12-month good behaviour bond.

Lewis later faced a disciplinary charge of improper conduct for using excessive force and failing to treat the man with dignity and respect.

QCAT heard Lewis had been sent to work at the Toowoomba watch house as a result of a previous incident during which he improperly tasered a man.

Lewis had gone to an address after receiving reports of a man attempting to break into a car.

By the time he arrived, another officer had confronted the suspect and had the situation under control.

Despite this, when Lewis arrived he went straight towards the suspect without consulting his colleague.

Lewis drew his taser and tried unsuccessfully to discharge it without warning the suspect.

When the tasered man fell into a rose bush, Lewis put his right foot on the back of his head and handcuffed him.

The QCAT member found Lewis had no tactical reason to discharge the taser in the circumstances.

Furthermore, the tribunal said he should have been aware of the risks of serious injury or death when administering an electric shock with a taser.

“The only resistance being offered at the time by (the man) was passive resistance.

“That should have been clear to Mr Lewis, given his experience and training.” 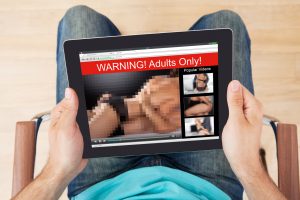 As a result of both incidents, Lewis faced disciplinary charges for using excessive force.

An investigation by Queensland Police found both charges of improper behaviour substantiated and amounted to misconduct.

Lewis appealed the dismissal in QCAT, however, the tribunal agreed his behaviour amounted to misconduct.

The tribunal member noted Lewis had been transferred to the Toowoomba watch house while Queensland Police investigated the taser incident.

“He knew he should have been on his best behaviour, yet despite that, was unable to exercise physical control when verbally provoked by a prisoner.”

Lewis pointed to his clean record in over a decade of service.

However, QCAT said allowing Lewis to remain a serving police officer would not maintain public confidence in the police service or serve as a guide to other serving officers.