Two RSPCA executives have filed general protections claims arguing they were sacked for blowing the whistle on “misconduct and corruption”.

The allegations made by the pair relate to senior management, including CEO Darren Maier.

However, the animal charity wants the claims thrown out, saying it made both men redundant following a restructure.

RSPCA executive made redundant after complaint

Crethar says the animal charity terminated his employment after 10 years as CFO despite performing his job with “passion, commitment and diligence”.

He said he helped deliver the RSPCA an $8 million surplus, putting it in “the best financial position of its history”.

Crethar alleges that management made him redundant as a result of him exercising his workplace right to make a complaint against Maier.

He claims the charity dismissed him in November as a result of making a whistleblower complaint about alleged misconduct “perpetrated by the HR manager and others”.

He said the RSPCA enjoyed “national recognition for animal care and protection” under his management.

Both executives are seeking reinstatement and compensation.

In response, the RSPCA denies the allegations of “maladministration, misconduct and corruption”.

It describes them as “vague and embarrassing”.

However, a previous independent whistleblower probe found Maier had breached conflict of interest policies when he appointed associates to roles within the organisation.

One of them was his son’s basketball coach.

Still, the charity maintains it ended the employment of both executives through genuine redundancies following an organisational restructure. 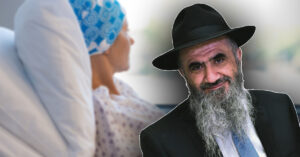 “Cruel boss sacks worker after she was diagnosed with breast cancer”

“They’re called your general protections,” he said. “And they include the right to make a complaint or inquiry about your employment,” he said.

Bottle shop worker awarded $39,000 after being sacked for being pregnant