A service station attendant sacked for having pink hair has won her unfair dismissal claim.

The Fair Work Commission found her employer “set about” sacking her for having pink hair, sexually objectifying a male customer and using her phone.

Additionally, it accused her of reading a magazine at work, and defaming the company.

Paula Allen worked at the Puma service station in Rockhampton until her dismissal in May last year.

The company issued her with four breach notices for:

Her boss claimed Allen expressed agreement with a sexually explicit comment a colleague allegedly made to a young male customer, which involved him taking off his shirt.

The company accused Allen of breaching the company’s zero-tolerance approach to sexual harassment. 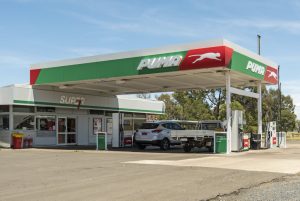 Worker targeted because of workplace injury

Allen claimed her employer targeted her because of a workers compensation claim she made as a result of a shoulder injury she suffered at work.

In the end, Commissioner Jennifer Hunt found the service station operators unfairly targeted Allen for issuing her with a breach, without also breaching her colleague who had made the explicit comment to the male customer.

Ms Hunt said the employer made Allen a “scapegoat” for the explicit comment made by her fellow employee.

However, company director Karl Rasmussen told the Commission the colleague who made the comment is “not the kind of person I would [like] to get offside of”. 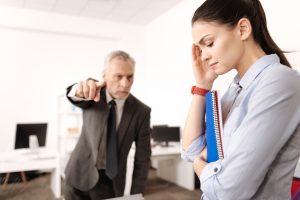 “Clearly [the employer’s] zero tolerance for sexual misconduct in its workplace is not enforced,” Commissioner Hunt said.

Additionally, Puma accused Allen of defaming the company by telling a young colleague about legal advice because the company “f–cked my shoulders”.

Commissioner Hunt said while Allen’s statement about her shoulders is “somewhat confrontational”, it was not a valid reason for dismissal.

Pink hair not a valid reason for dismissal

Commissioner Hunt said Allen’s streak of pink hair, which she has worn for several years, in addition to using her phone and reading a magazine are not valid reasons for dismissal.

Furthermore, she concluded that Rasmussen “set about to dismiss Ms Allen” as a result of her workers compensation claim.

As a result, the Commission ordered the company to pay 15.5 weeks compensation, less 30 percent for misconduct.

Diamond retailer sacks worker after she was diagnosed with breast cancer

A diamond retailer allegedly sacked a woman after she was diagnosed with "aggressive" breast cancer.…