A Virgin flight attendant is suing the airline after it sacked her for being so incompetent, she posed a safety risk.

Virgin alleges she was so bad at her job, her manager forced her to return to her home base as a passenger rather than as a member of cabin crew, reports The Australian.

However, in April 2021, her position became redundant.

The airline then re-hired her in August 2021 to work on Boeing 737s, however she started a month later after failing her first practical assessment. 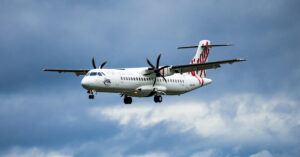 The purpose of the brief was to ensure their knowledge and experience was up to date.

Joyce noticed Waterhouse did not answer any questions so he asked her directly to explain the procedure in the event of an electrical fire in the on-board oven.

She incorrectly responded that she would douse the flames with water.

Joyce then asked more questions which Waterhouse also got wrong.

He later observed Waterhouse disarming the cabin door after landing in a way that could have killed a person opening the door from the outside.

In its defence filed in the Federal Court, Virgin says:

“As a result of the failures, Mr Joyce recommended to the captain of the next flight that Ms Waterhouse be stood down, and return to Sydney as a passenger on the flight.

“The captain accepted that recommendation.”

However, she alleges the instructor failed to tell her what she needed to do to pass the course.

Despite the instructor telling her she had been “doing very well” during the course, she claims that same instructor eventually failed her.

The airline terminated her employment as a result. 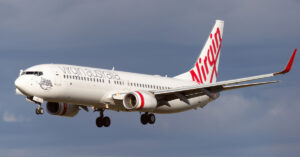 Waterhouse claims her cabin manager humiliated her in front of passengers.

She accuses cabin manager Joyce of “officiously” observing her work, and refusing to tell her why.

She also claims Joyce humiliated her in front of passengers telling her she was “unsafe and unfit”.

Furthermore, Waterhouse describes her re-training as a “sham exercise” – designed to set her up to fail.

In its defence, it says Waterhouse acknowledged there had been deficiencies in her performance:

“The decision to terminate her employment was taken because of ongoing and serious concerns about her competency and skills and was unrelated to her exercising any workplace rights.”

The court has ordered Waterhouse and Virgin to attend a mediation session on 25 August to try and resolve the dispute.

Cruel boss sacks worker after she was diagnosed with breast cancer

A cruel boss has sacked a worker after she was diagnosed with "aggressive" breast cancer.…